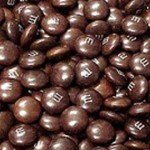 If you’ve read last year’s post about Unclogging My Brain, you already know there’s a whole lot of crap that keeps me up at night.  Thoughts that pop in my brain, typically arriving in the deep, dark quiet of the night that don’t seem to wane even after I get up to write them down.

Anyhow, I thought I’d add a few more pre-dawn lightbulbs to the part one list, in case you’re all dying to know what’s been popping up:

Why is there need for such a word as nuder?  How can you possibly be nuder than nude?

If historic means stuff that happened before us, what’s pre-historic?

Don’t you think that companies should receive tax breaks if they reduce their plastic packaging – and get taxed more for adding more?

Am I the only person who’s convinced that the list of items to be located in those monthly Hidden Pictures puzzles from Highlights magazines are actually a secret code revealing prophetic secrets to some evil underworld organization?

Why do driving instructors, police officers and flight attentendants always refer to stops as full and complete…  what the hell other kind of stop is there?

Don’t you think the Mars Company could save a boatload of money if they simply didn’t bother coating M&M’S a brown color… I mean, they’re already brown, right?

Isn’t a dashed line more a series of smaller lines than one whole line?

Those soap dispensers with sensors on them so you don’t have touch the germs on them… what’s the deal?  Aren’t you there to wash your hands anyhow?

If it only holds clean dishes, how the heck does a dish drainer get dirty?

Why are nearly all acts of God followed by acts of stupidity?

Don’t you think people become Dental Technicians so no one can talk back to them while they’re working?

Truly, I think I need to lay off the Schezuan sauce at night. Anyone got some spare Ambien?