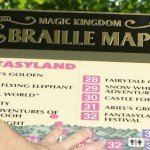 A few months back, I read an interesting article on a website about the ten best ways to engage readers with your blog that, ironically, received no comments.  It got me thinking… About that spam email I received on custom-made dentures: I mean, aren’t ALL dentures custom made??! Then I remembered that company I once saw in Florida named WALKER, who rents wheelchairs. Which automatically reminded me of that time in Disney World, when I discovered a Braille map of the park – but it was located in the very back, near the exit (how the Hell are they even gonna find it??).

Clearly, there’s a whole lotta shit going on in my brain. Which likely explains why I sometimes leave the house without things like keys. Or pants…

Anyhow, here’s the recent list of questions I’ve been pondering. For more, check out HERE, HERE, HERE and HERE:

If a diamond is intended to signify the love of TWO people, why ever would you purchase a SOLITAIRE setting?

Isn’t it ironic that some radio stations have video blogs?

If life insurance compensates you in the event of death, shouldn’t accident insurance cover you when you’re not in one?

Why don’t those shows that show you how to make 30-minute meals ever mention that it will take three hours to wash the 50 pans and dishes you used?

How is it that a restaurant named MACARONI GRILL doesn’t serve macaroni?

How can it possibly be called LOST RIVER when we clearly know where it is?

Why is it that a church named HIGH GROUND has a driveway that goes downhill?

How come the firemen in The Towering Inferno took the elevator to get to the fire?

Why does Amazon.com have bottle openers listed under OFFICE SUPPLIES?

Why do dolls have buttcracks?

If the guys on Discovery Channel are looking for a shark they claim no one’s ever seen before, how do they frealin’ know what it looks like?

Doesn’t it sound like a really bad idea to play a game on a level that’s set to INSANE?

Why do some stores have BUY ONE, GET ONE FREE sales for shoes, when they normally come in two’s anyhow?

When she got back to the parking lot, how the fuck did Wonder Woman ever find her invisible plane?

How is it that Captain Von Trapp on The Sound of Music serves in the Navy of a land-locked country?

Anyone got a brain plunger?